“Kick It is a collection of five short stories. Three of the stories feature Gemma Dixon, a young CID officer starting at the very bottom of the career ladder, thrust into a world of violence and hardened criminals. Her colleagues may disregard her abilities but Gemma is made of strong stuff and quickly shows that she’s not a woman to be messed with.

Drowning & Number 74 present two very different characters who each in their own way have to deal with the hand that fate has dealt them, while they journey towards vital decisions that will change their lives forever.” 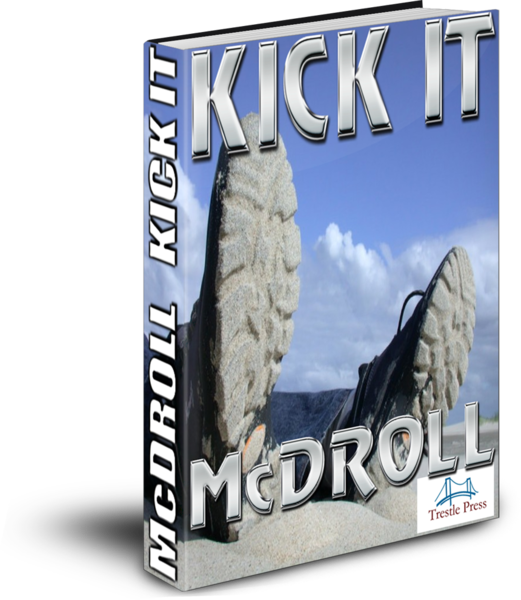 McDroll writes crime fiction with a strong hint of noir and a pinch of humour.

Her stories have appeared in Shotgun Honey and the Flash Fiction Offensive. She has stories appearing soon in Brit Grit 2, Off the Record and the charity anthology The Lost Children.

Her book reviews can be found at http://imeanttoreadthat.blogspot.com/