When Do You Writer?

Gwen Mayo is passionate about blending the colorful history of her native Kentucky with her love for mystery fiction. But instead of talking about the post civil war time period today, she’s talking about the time of day she composes her fiction, and maybe when you should too. - http://ascamacho.blogspot.com

THREE days and counting to the launch of TRUTH LIES BLEEDING

New issue of Kings River Life just went up. This week we have an interview with mystery author Victoria Heckman whose books are set in Hawaii. There is also a review of her latest book "Kapu Sacred" & a contest to win a copy of this book http://kingsriverlife.com/01/29/victoria-heckman/
There's also a short story by Australian mystery author Diana Heckley that has a sci-fi twist to it… Continue

Check out, 'Midnight Rambler' over at Darkest Before The Dawn

Here's a Turner Hahn/Frank Morales short story entitled, 'Midnight Rambler.'  And yes, the idea for it came to me while listening to the Rolling Stones.

Your book's been accepted. How wonderful! Congratulations.


It's a terrific, feeling, isn't it, after all those rejections? But now comes the real work. What? You thought you'd done the work and that now came the pleasure? Ha! Think again. Writing the book's only half of it. And if you're a techno-thickie, like me, you'll be amazed at what you can learn to do; I certainly was.

Everyone knows about the signings and the crowds of people who come to each. But…

His name is THE PRIEST.

His weapon is A CRUCIFIX.

His victims don't have A PRAYER.

A killer is stalking the dark streets of Dublin.  Before each attack, he makes the sign of the cross; then he sends his victims to God.

Just 7 Days Away until the FREE E-book short story!

Just 7 more days until the first Chapter of An Object in Motion is posted on www.reybooks.com Then every week a new chapter will be posted until the FREE E-Book is released on March 19, 2011! Look for the cover to be posted on Rey Books on Facebook on Saturday Jan 29, 2011!!!!

Remeber, with this E-book short story being…

Writers Tricks of the Trade adds a new feature

A discussion board has just been added to my Writers Tricks of the Trade columns in the Los Angeles and Las Vegas editions of Examiner.com.

The column will run in both cities on the same day--Thursday, and every column will feature a link to the discussion…

﻿Canny writers track their book sales to see where and when their marketing efforts have been successful. A few I know pay for Bookscan data. But now Amazon.com seems to have made that unnecessary with their free Author Central option. Learn more on my blog, Another Writer’s Life- http://ascamacho.blogspot.com


The first of what we hope to many reviews of the newly re-released GODCHILD by StoneGate Ink: CMASH LOVES TO READ!

When a beautiful young woman is found murdered on Cape Town's Seapoint promenade, police profiler Dr Clare Hart is drawn into the web of a brutal serial killer.  As more bodies are discovered, Clare is forced to revisit memories of the horrific rape of her twin sister and the gang ties that bind the… Continue

The outlines of two figures were just visible behind a half-open tinted window.  Watching him, waiting.

Lachlan Fox went on his way, the back of his neck prickling with sweat.  He was beginning to feel it was the start of a very long day.

Never having read any of… Continue 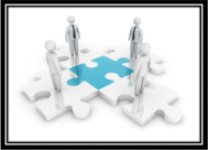 LINK TO TODAY'S WRITERS TRICKS OF THE TRADE: http://exm.nr/JforJigsaw

Fatal Judgment is a new series starting for Irene Hannon and it is a winner. I thoroughly enjoyed her Heroes of Quantico series (please feel free to check our archives), and had the release date of this novel in my Google calendar. I have to keep things straight so I do that sort of thing, plan the work, and work the plan as my Dad always said. I am not sure if she was talking about this particular novel, but it applies in almost all circumstances. Feel free to use this to your advantage and…

Around the Globe with HEATHER INGEMAR

This week my transporter takes me to author Heather Ingemar's living room. Her house is old; a 1917 Sears and Roebuck. History adorns the walls–from old artwork to antique family branding irons. Multi-colored leaves litter the lawn outside. The wind blows around the eaves, making the old timbers creak. A few of the cattle she helps raise with her husband make lowing noises in the back lot. We kick back on her couch with a couple mugs of hot cocoa to discuss her writing.