Today's guest expert on The Graveyard Shift is Dr. Denene Lofland. Her topic is Micropscopic Murder: The bugs that kill and how your antogonists can use them to carry out their villany.

Dr. Lofland will be on hand to answer your questions, so please stop by.

What Do Newbie Writers Need to Know?

I've been asked to speak on the topic: "So You've FInished Your Masterpiece: What's Next?" I get 15 minutes. Hm.

There's a delicate balance in speaking to wannabe writers (and I count myself among this group). On one hand we need encouragement, because we're likely to be shy about sharing our writing with others. Like Emily Dickinson said, it's like airing a piece of your soul. It hurts when someone rejects it, or worse, doesn't even notice. Still we live in a real world, and it… Continue

Losing A Friend And A Fan

As some of you may know, my stepmother, Mary Jane, died unexpectedly of an aneurysm in February. She and her family lived next door to mine in New Jersey…

"I'm going to keep e-filing it over and over again, until they tell me I HAVE to mail it!"

My Sweet Man and I have one thing in common. Neither one of us has any idea when to give up. Our Federal taxes went through nicely but for some reason the State of California keeps kicking us back. We opted to go with the H & R Block Online package since doing our own taxes and NOT showing up at their door saved us enough money to buy me a new desk, a beautiful, glass piece of furniture… Continue

Everything I've been doing has finally caught up with me. Friday morning I woke up feeling awful and beyond exhausted. I'm feeling better now. I guess I just needed a couple of days of sleep.

Of course, because I missed school on Friday night, I will now have to do two make up classes. One for when I'll be at the writer's conference and one for the class I just missed. I really feel like I can't get a break. I feel overwhelmed by what I have to do and what is required of me by my… Continue

Back from VA Book

Both a flat tire and horrendous traffic tried to keep me away from the Virginia Festival of the Book this weekend. They did manage to make me miss Friday evening’s author’s soiree, but Saturday was such a good time I almost forgot about it. David Ignatius gave a superb luncheon presentation, I saw some great writers on panels and chatted up a few more on the floor. Of course the highpoint was the panel on which I sat with old pals Libby Hellmann and Andy Straka, and new friends Frank Muir and… Continue The BBC have recently started to repeat the excellent Inspector Lynley Mysteries, penned by the fabulous Elizabeth George. You can read last year's interview published in The Writer Magazine, here: 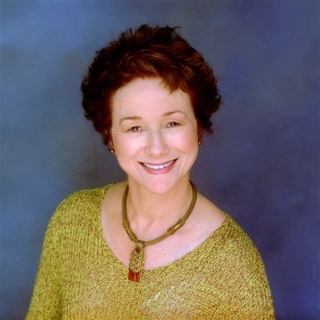 I was very surprised when I first discovered that Ms. George is an American. I would have sworn that the… Continue

This is the proposed cover design for my latest novel, 'Pestilence'. It still has a bit of work left to be done before it's fully ready, but I thought I'd share it with my frineds here. The artwork is by my brilliant friend and cvoer designer Graeme S Houston, the man who can actually 'see' my books in his mind, and then 'thinks in pictures' in order to design my covers. The man is a veritable genius and I don't know what I'd do without his amazing work on my cover designs. Thanks… Continue

I just got back to New York from Minneapolis, where I had my first mystery signing ever at the Sisters in Crime booth at the Public Library Association's biennial meeting. What a kick! PLA is known as the best library convention for adult fiction, and ten thousand librarians showed up to confirm that. A good number of them passed by our booth--hey, do you suppose what the Sirens really yelled out to Odysseus and his crew was, "Do you like mysteries?"--and were delighted to accept free… Continue

I'm reading all the new Arturo Perez-Reverte novels (at long last; I'd been meaning to get around to them) ...I'm using the justification that I want to study his writing style inside out, upside down and sideways.

I'm saving the historical novels for a later date, when I have more time (yeah, right! Like that's ever gonna happen!)

First, I'd like to thank all those who responded. It's all part of the difficult navigation of one's first novel in print; all those little niggling questions that are never quite answered anywhere else. It gave me a lot to think about.

Here's the skinny. Even though I have a big publisher (St. Martin's) it doesn't mean I get the royal treatment. Far from it. Fortunately, I was well schooled ahead of time (well ahead of any contracts) that I would be doing a lot of the promotion… Continue

A funny story on the Graveyard Shift blog...

Reminded me of my career as a crime fighter. Sort of. For 21 years I was married to a small-town cop. A really, really small town. Let's call it Windy Point. That's not it's name, but I was windy ,so...
This town was so small it only had 2 1/2 cops. That meant that the town was "unprotected" about 8 hours a day as the half cop worked the other two cops days off.
My ex was a scrappy little banty rooster type.Think a Hispanic looking Barney Fife. Although he wasn't Hispanic, some Native… Continue

Gonna shut down my small press, Active Bladder, this year. It's becoming too much of a money-losing operation. The last Active Bladder book will be a novel of mine, out in the spring -- When the Shit Hits the Housewife. I'm still gonna write, though. Going back to the traditional route of trying to find a publisher. After the adult novel I'm working on now, I'm gonna take a stab at the Young Adult field.

Will The “Murder Toxin” Sweep The World into Post-Holocaust Nightmare?

The following was submitted to Signs of Witness by someone who calls himself “Hippocrates of Highgate”:

At some point on this site someone posted a warning that the prevalent neurotoxins we’re all subjected to–from toxins used in carpets, new cars, flame retardants, pesticides, herbicides, dioxins, PCBs, mercury in fish, and so on–would violently affect… Continue

OK, not really on the beer as I don't actually like the stuff. But I felt like it had been waaaaay too long since I posted anything here and I don't actually have anything to say. (Oddly enough, really, because I generally have something to say about everything.) But my mind has been filled up with the 1930s again lately. I've been working like mad on the second Kitty Pangborn novel: the one we now know will be called Death Was in the Picture and will be at a bookstore or library… Continue

Yesterday, the doorbell rang unexpectedly. When I went to answer, I found a man from United Parcel Service. I was a bit skeptical. Okay, more than a bit. After all, I hadn't ordered anything. Being a crime writer, I wondered if this was a con. But still, I opened the door. The stranger dumped a small but heavy box into my arms and then stuck one of those electronic gizmos under my nose. I scribbled something that in no way resembles my signature, wished him a good day and went to examine the… Continue

Have you ever bought anything simply because someone sent you a postcard?

Hardly a day goes buy that I don’t get some kind of promotional postcard in the mail, offering me everything from pizza to carpet cleaning to the services of a competent, experienced realtor. These cards go directly to the recycling bin, destined for the Mixed Paper section of the local recycling station.

But they must work, otherwise people wouldn’t send them to me.

Postcards are a… Continue