Absolutely delighted that my story, THE BIRTHDAY PRESENT, is now up at Thrillers, Killers 'n' Chillers. Read it here if you are so inclined.

Check out a great mystery short story by Dennis Palumbo, called "A Theory of Murder" featuring Albert Einstein http://kingsriverlife.com/03/26/a-theory-of-murder/ in the new issue of Kings River Life Magazine.
Also a book review of "Jane and the Unpleasantness at Scargrave Manor" by Stephanie Barron… Continue

Goals are set and meant to be accomplished, at least that is my understanding. I looked up the word in the dictionary. A goal is 'the result or achievement toward which effort is directed'

Simple enough, set the goal and achieve it-assuming the goal is realistic, it is all well and good, until life intervenes and set goals go out the window faster than hot air in winter.

Last week, I set goals to edit 50 pages of Blood Art, send out 3 query letters, and make a tiny dent in… Continue

Looking for reviewers for thriller 'Godchild' by Vincent Zandri

Vincent Zandri is touring in May with the Kindle edition of his thriller, Godchild.

Prison-warden-turned-P.I. Jack “Keeper” Marconi understands the criminal mind. And he knows what it takes to break a man. His own life came apart the day a black Buick broadsided his car–and his wife died horrifically in the seat beside him.

Years later, on the eve of his second marriage, Marconi…

"Fingerprints" is looking for the kinds of stories you've told a million times to a million people. Those crazy, messed up stories that skirt the edges of the law. Fingerprints calls it "crime flash non-fiction." You might call it, "That time we were in that gas station and this guy tried to rob the place… 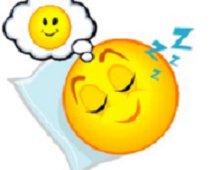 Todays Writers Tricks of the Trade in the Los Angeles edition of Examiner.com is the second part of a three part series: CHOICES.

When used properly, dreams and delays can move a story along while keeping the…

The World of Wylie

This week, I'm sitting at my computer, ready to type in my weekly post, when suddenly this woman from Canada, named Jennifer Wylie, bursts into my apartment. Now, normally, I wouldn't mind, but with barely a "How Ya doin'?" she hip checks me away from my computer, and takes my chair. Before I can recover, she's hijacked my blog. She spends a few minutes typing away like mad, then she's out the door in a flash. The bad news is, she left the Canadian cold weather in her wake and we had been… Continue

Today I launch my new Facebook fan page - http://www.facebook.com/austin.camacho.author.  To see why you want to like me there, read my blog, Another Writer's Life - http://ascamacho.blogspot.com

Today's Writers: Tricks of the trade - A beautifully turned phrase vs. page turner Today’s Writers: Tricks of the trade column discusses the merits of spending hours, days and even months to craft that perfect phrase or sentence, while the novel languishes on the back burner. Lots of good advice in this one.…

The link below will take you there.  I haven't figured out how to transfer text to this blog.  There is already a bit of conversation there, or you can comment here.

The "success story" bit is tongue-in-cheek, though Jenny may have faith in us.  Presumably we talk about the moment when we knew that we had made it. How many authors are likely to believe they've made it these days?  I've had a few of those foolish and naive moments when I thought that maybe good things…

Meet Me in VA this Weekend

Saturday, the Borders Express in Dulles Town Center hosts me for a book signing.  From noon to 4pm I'll greet old friends and hopefully meet some new ones in one of the few Borders mall stores left in the area.  Come by and show your support for a great bookseller at 21100 Dulles Town Circle, Dulles, VA.

Today my guest is Chris Redding, author of INCENDIARY. Thanks for giving us a peek at your book, Chris! It sounds hot! (Oh, I'm sorry, I just couldn't resist!)… 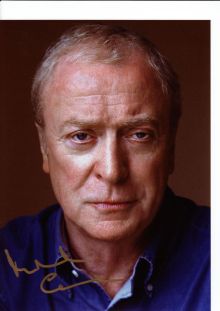 In less than two months, my next novel MOZART’S LAST ARIA will be published in the UK (the US publication date is November). This means I have to start thinking about publicity.
Naturally I’ll be doing the usual kinds of things that writers do these days. The promo video is already made and can be seen on…

Inspector Singh is in a bad mood. He's been sent from his home in Singapore to Kuala Lumpur to solve a murder that has him stumped. Chelsea Liew - the famous Singaporean model - is on death row for the murder of her ex-husband. She swears she didn't do it, he thinks she didn't do it, but… Continue

Indie writers now have a place to go and chat with each other on Facebook. It was just set up yesterday, and I would like to see everyone there!

It is August 1999 and the poor, repressed province of Indonesia – East Timor – is building for its chance at independence with the UN-supervised ballot. As the Australian government attempts to stay friendly with both the East Timorese independence movement and the Indonesian generals, Aussie spy Alan… Continue

"Writing For The Thrill Of It or It's Murder They Wrote" 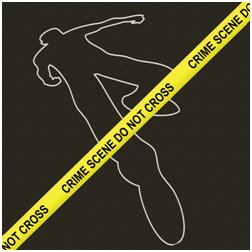 Last week author, actor, journalist Michael Mallory was in the Spotlight. Today it’s author/potter M. M. Gornell. They will both be panelists participating in “Writing For The Thrill Of It or It’s Murder They Wrote”…

'Pestilence' available with a massive 72% discount

My thriller novel Pestilence (Double Dragon Publishing), is currently being offered in paperback by …

Without new content, your blog won’t attract new readers or hold the old.  But do you really have time to blog?  I discuss the time issue on my blog, Another Writer’s Life - http://ascamacho.blogspot.com/

Catching up with Joe Pickett

I read C. J. Box when he put out his first Joe Pickett novel in 2001. I thought it was a great debut and picked up the next few as they came out. Well, then I kind of missed a… Continue