I need your help with something… As a struggling novelist, I thought it would be cool to have an online space to kick around ideas, communicate with other writers, and workshop and practice my writing. What me and my old college roommate came up with is Peerscribe.com, a social network where you can use Web publishing tools to share your writing, find or create workshops that help you develop your skills, and gain legal ownership of your works in the… Continue

Tomorrow I’ll kick off the month of August at the Borders in Woodbridge VA. This store is just off I-95, just outside the Potomac Mills Mall. If you’re out and about shopping Saturday, stop by at 2904 Prince William Pkwy, Woodbridge, VA, have a coup of Seattle's Best Coffee and say hi.

Books I Have Loved

Someone sent me one of those quizzes where you have to do something that reveals, at least theoretically, the sort of person you are. This one asked for 15 books that have stuck with me, and the instructions were to make a list quickly, without spending a lot of time thinking about it.

It was an interesting mix that emerged, but just as interesting is the residual effect, where other books crop up that might have been included. How did I fail to include any of James Michener's works?… Continue 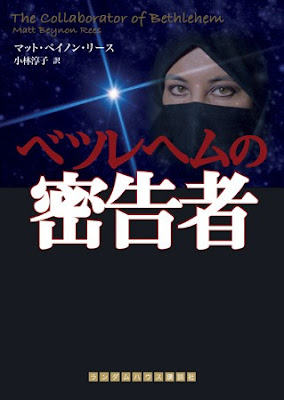 I'm very proud that my Palestinian crime novels are being published in 22 countries. Just this week I received copies from my Japanese publisher, Random House Kodansha, where THE COLLABORATOR OF BETHLEHEM is just out. They've… Continue

Your Best Shot: A Writer’s Account of Domestic Violence and commentary on Gun Control

During my recent cyber-travels, I encountered a Website featuring the Coalition for Gun Control. There I found an “Interview with Wendy Cukier” posted on July 29 by… Continue

A Study in Red is my Publisher's Best Seller!

I've just received notification from Double Dragon Publishing that lists their Top Twenty Best Sellers for the first 2 quarters of 2009 and I'm over the moon to see that 'A Study in Red' has topped the list for both quarters! Thanks to everyone who has bought the book and made it the success it has become. I really can't say much more except that I'm both surprised and delighted at the news.
Best regards

Mystery duo Robert W. Walker and Miranda Phillips Walker are guests on my main blog, “Another Writer’s Life” discussing what happens when mystery writers unite in matrimony. How much acrimony?

Fred Vargas is a French crime writer who fits perfectly the image of the chain-smoking, cafe-haunting intellectual. Her novels (yes, Fred is a woman - real name Frédérique Audoin-Rouzeau) have won the Crime Writers' Association International Dagger in three of the last four years. She just won it again, for her novel The Chalk Circle Man, published in France in 1996 but only… Continue

To Encourage or Not to Encourage: There's the Rub

I do a workshop for writers, and I'm afraid I'm too damned honest. People come hoping to be told that their writing sizzles, that their idea is just what a certain publisher (whose ear I happen to have, of course) is looking for, and that I'll be glad to set down what I'm working on right now to polish it up for them, just because it's so gosh-darned good.

I might book far more workshops if I played along. It's obvious that there are lots of people doing it. Just look at the "We Can… Continue

Language textbooks and the crime writer

You can tell a great deal about a people from the conversations in language textbooks. After all, they aim to teach you the words people speak, but also the character of those teaching them and what it might be like to live in their society.

I first cottoned to this when I learned Spanish. My textbook included a basic conversation between a… Continue

Win a copy of my book

I've been writing for a new blog founded by me and three other crime writers. One of them, the ever-inventive Christopher G. Moore, came up with the idea for a competition. He got the idea after I suggested in a blog post last week that my Palestinian detective character Omar Yussef ought to stand for Palestinian president. Here's what Chris wrote on the blog and how to enter:

A Contest for Readers of The International Crime Authors… Continue

I've been immersed in the Missouri Writing Project Advanced Institute this summer, and while it's sad to be so busy you don't blog or write about your experiences until after the fact, it's rejuvenating to feel the breath release knowing there's still weeks until school starts with endless days to create.

To surround myself with writers is like a buoy for me. It lifts me, allows me to tread and gawk at those around me with the gift to leave me in awe. These two weeks at the MWP have… Continue

Never Judge a Book by its Genre

My newest book, Dark End of the Spectrum has received several reviews and they have caused me to nearly fall off my chair when I heard them.

When I finished writing the… Continue

How Many Characters Can Dance on the Head of a Pin?

Okay, to phrase it more clearly: how many characters in a book make too many characters in a book? Obviously if the book is epic in scope, it has to have a lot of people, but good authors help the reader keep track by gently reminding and clearly delineating. A simple statement like "Alex looked at Waverly, wondering what the detective was thinking" can keep a reader from losing track of who's who.

New Story Up At A Twist of Noir

My new story, "Bullets Under Glass," is now up at A Twist of Noir. Also make sure to check out Libby Cudmore's "Props"

With just a couple of days left for voting in the latest New Covey Cover Awards, please can I ask anyone who might not have voted yet to consider placing a vote for my Mythica title, 'Kiss of Life' which is entry number 5 in the voting box at http://thenewcoveycoverawards.blogspot.com
Every vote is important and is also very much appreciated.

Best regards and thanks to everyone