Remember my pledge to spend this week on my WIP? Here's the progress report.

I did work on it, and it is coming along. The plot is coming together, moving from the original, vague idea of two parallel stories into a concrete blend. The characters are speaking to me, telling me what I've made them say that isn't right, adding depth to themselves through familiarity.

However, I never seem to get done as much as I expect, and it never seems to go as smoothly as I imagine.… Continue

Meet Me in Virginia this weekend

This weekend’s book signing is at the Manassas Mall. Saturday, I’ll be at the Waldenbooks there from 1 pm to 4 pm. If you’re nearby I hope you’ll visit me at the Mall, at 8300 Sudley Rd, Manassas, VA.

The Perils of Podcasting (or, "Don't Try This at Home") 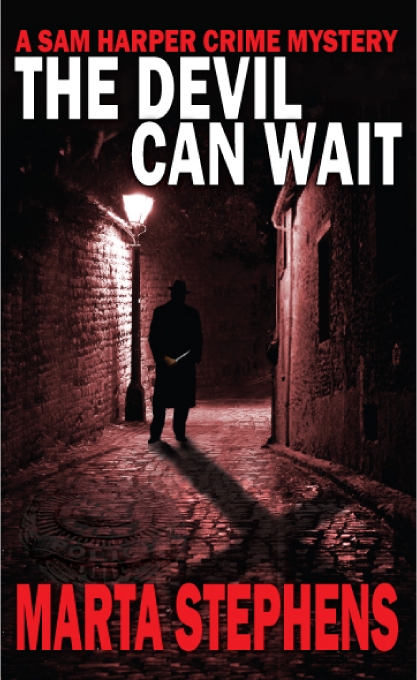 Any of you into Halloween? Thought some of you might find the history interesting. Halloween's origins date back to the ancient Celtic festival of Samhain (pronounced sow-in).

The Celts, who lived 2,000 years ago in the area that is now Ireland, the United Kingdom, and northern France, celebrated their new year on November 1. This day marked the end of summer and the harvest and the beginning of the dark, cold winter, a… Continue

Cover Art for To Hell in a Handbasket

Yesterday I received the cover art for my May, 2009 release, TO HELL IN A HANDBASKET. It's gorgeous and just what I envisioned when I sent directions to the art department. In the first scene of the book, there's an accident on a Breckenridge, CO ski slope, and Claire has to position her skis in an X on the slope to show the ski patrol where the victim is. The colors are breathtaking and give you a chill. I love how the artist "tied" it in with the gift bow theme of the first book, A REAL… Continue

21 reasons to indulge in some Small Crimes

There are so many great crime novels out there that I think newer authors need to make a case why readers should give their books a try. I was fooling around yesterday (or more accurately, goofing off from writing), and came up with my case for Small Crimes, so here's my 21 reasons why you might want to indulge in some Small Crimes:

In conjunction with the release of THE FRAILTY OF FLESH I'm guest-blogging at Fresh Fiction.

I seem to have started something with these bad puns. I was recently reminded that a person who is a voyeur is a peeping Tom. However s a BOOK about voyeurism is a peeping TOME.

It's not easy to explain, but the best way to write well is to read, and the best way to read is aloud. I don't know why it works, but reading your work aloud allows you to step away from being the writer and be a listener. As such, you'll hear repetitive phrases, awkward constructions, and even plot hitches that silent reading as the author doesn't give you, I suppose because you know the work too well.

One tendency I have is to use my characters' names too often. When I read aloud,… Continue


Fifteen years ago, police sergeant Tom O’Brien was sentenced to death for the murders of his wife and her lover, an assistant district attorney. The state’s key witness against him was his daughter, Claire, then fourteen, who found him at the scene, bloody and holding the murder weapon.

The thing is, Tom O’Brien was framed. With his execution date four… Continue

Go on over to http://www.microhorror.com and visit my buddy Nathan's cool site. My micro horror story is now up. It is called DESPERATION.

The series continues to move forward. The first novel is selling well on Amazon and wil be in stores next month, and the second should follow soon after. Working on the sixth installment, The Burning Day, and a trilogy of novellas about a Southern sheriff that I plan to put between a single cover. Dashing madly from computer to computer, and loving it. Signed my first copies ever yesterday. It was a strange and wonderful experience.

Don't Quote Me on This

As Lionel Shriver notes in the Wall Street Journal, "Literature is not very popular these days. Anyone who writes literary fiction is happy to tell you it's a bitch to get literary fiction published. The reason it's a bitch is because much of it doesn't sell, and, in fairness to publishers, there's only so altruistic even the… Continue Another Interview thanks to 'A Study in Red'

I'm delighted that I was recently approached to take part in yet another interview as a result of the continuing growth in interest in my novel 'A Study in Red - The Secret Journal of Jack the Ripper'. This latest interview is now available to read online at http://missmaesite.blogspot.com/ and I'm grateful to 'Miss Mae' herself for approaching me and giving me the opportunity to publicise my book on her pages. I hope anyone who reads it will… Continue

Does Anyone Know I have a FREE READ Available?

It's a shortie, only 12 pages long, and it takes ya about five minutes to read. Want something different for a change? Shoot over to http://www.thewildrosepress.com , make an account for yourself, go to the left hand side of the site to where it says FREE READS (clever, huh?) and click on "Dove Island" from Miss Mae.

I'd be right proud if you did!