Kate Laity (aka K.A. Laity aka C. Margery Kempe aka Kit Marlowe aka Kate Wombat) has to be one of the most interesting authors I've crossed virtual paths with in a long time. For starters, just look at the different names she uses. Combine that with a lot of international traveling and a multi-language repetoire of light bulb jokes, and you might think she's a…

Today only: One buck less a penny is all you need to download an anthology of the damned featuring 32 fantastic crime fiction short stories. It's all in Brit Grit Too, edited by one of the best in the biz, Paul D. Brazill.

From now until Sunday, Jan. 22, 2012, Trestle Press will be having a BUY-ONE-GET-ONE FREE E-BOOK SALE. All Trestle Press titles (including my…

Earlier this month, I had my palm read at a party by a professional. That is to say, she was hired to read palms at this party. Right away, she had lots to say about my writing - despite my not telling her about it. 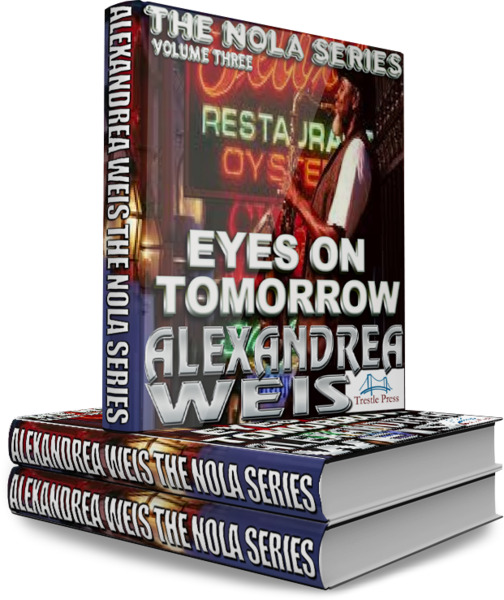 Bizarre coincidence or something…

Let's get this out of the way first.…

Coming later this month from Trestle Press: The Girl from Yesterday by Joshua J. Mark

Although paranormal mysteries are something I'm only starting to inch toward writing, I find myself interested in reading more of it after watching this video.…

Opened up my e-mail this morning to see that author/reviewer Chantal Boudreau had reviewed all four of the Maynard Soloman short stories. She loved 'em even though crime fiction humor isn't her normal cup of tea. It's proof the Ol' Badger has what it takes to reach beyond genre boundaries.

Dan Coleman and I share a storied history in a certain way. We're both CrimeSpace members, refugees from the…

"A Taste of Old Revenge" by CrimeSpace's Own B.R. Stateham

B.R. Stateham cranks out the kind of volume usually reserved for meat grinders and garage bands. I'm talkin' numbers and intensity. The guy produces more work at a consistently high quality than any crime author I know. So much so that I named his style "red meat crime fiction." Fans know his…

These aren't New Year's resolutions. These are goals. Because resolutions are made to be broken, and goals are more attainable. Unless you're referencing my brief career as the Shuffling Log on a track and field team. Then, not so attainable.

These are the five things I hope to accomplish before the calendar turns to 2013 (or the world blows up Dec. 12). Authors out there, feel free to grab this list idea and run with it. I'm interested to know what other people have…