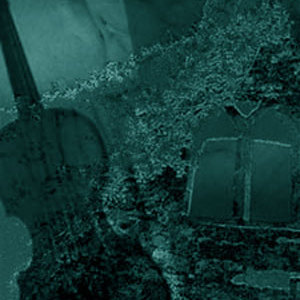 Books And Authors I Like:
Cozies, Thrillers, British & Archaeological Mysteries top the list. I read a little bit of everything, really.

So, I'm sitting here pleased as punch with my new tea of choice.
Yep, I drink tea. I also mainline Diet Mtn Dew and have an affinity for
frozen coffee drinks, but, this post is about tea.

I love the little boxes the tea comes in, each one bursting with
artwork and little side quotes. It's definitely tea for the soul. I
remember years and years ago when I first found out about these teas. I
thought they were really cool.… Continue

Okay. So, I'm a Crossing Jordan fan. Have been since it first
aired on tv. And tonight, it's lights out, so long, farewell. The final
episode (as NBC chose to cancel the show) airs tonight.

It was already the season finale'...and now, tonight's show is the last
of the last. Sure, the show is already in sindication on A&E, but,
it's not quite the same. No more new eppisodes to look forward to each
week.

So, to the cast and crew and everyone… Continue

Today, I have received not one, not two, but, three nudges to get writing!

1. This morning in a non-writing related email, I read about a
historical incident in Scotland that I'd previously researched on the
web as a part of a potential storyline. It was something of a surprise
to see the topic pop up on the screen without having done a search.


2. A published writer took the time to add an encouraging post on my spot over at BookPlace. Thanks,… Continue

BUMPS ALONG THE WRITING ROAD...

Today I'm at least thinking about writing, but honestly, I've had
a bit of a dry spell. The stories are there. In my head. They are just
not on the page. Or in my word processing program.

To help me through the hurdle I bought a handful of neat little
journals and special pens last week at the office supply place. Okay.
Who else can spend forever in the office supply? Hands?

Welcome to my crimespace place. Grab a cuppa, pull up a chair and enjoy.

I write mysteries and romantic suspense and love to read. One of these days, one of my manuscripts will be published. :-)

When I need a break from the books, I piddle on the violin.


I also write about what I'm reading over on blogger.… Continue

Anne Frasier said…
hi beth! just saw your comment on my blog -- from about 6 weeks ago! yikes. i think i was in the middle of moving at that time, but still don't know how i missed it!

Rhys Bowen said…
Thanks for your kind words about the Evan series.
The Royal Spyness is intented to be fun, witty and light. Too much gloom in the world right now!

Shirley Wells said…
Hi Beth, and thanks for the invite. Fascinated to see that when you're not writing or reading, you're working in a book shop - wow! Good luck with getting your writing published. Keep the faith!

Pari Noskin Taichert said…
Yes, the chiles definitely rock. I was so happy when I took this picture. Every time I see it I grin.

Lyn LeJeune said…
When I was growing up in New Olreans, I'd take the city bus from Araby in St. Bernard Parish into downtown NOLA. It took three transfers, pass graveyards and schools and shotgun houses. Finally I arrived at my sanctuary, the public library. The first time I was about twelve. I ran my hands over the books and selected a corner where I could hide and read. The first book I settled on was by a man named William Faulkner, and the title was The Sound and the Fury. I'd never heard of him, but it looked fine. I opened the book, sat on the floor near a window that overlooked the circle and I heard a whisper. "We are each in our ordered place." Now would you believe that "each in its ordered place" is the last line of The Sound and the Fury? Twisted childhood memory or the ghost of Faulkner? See my blog www.beatitudesinneworleans.blogspot.com where I just posted one of my stories from the short story collection called "Each in its Ordered Place," in addition to excerpts from my book coming out in October. Best wishes...

Jon McGoran as D. H. Dublin said…
Hey Beth,
Thanks again for the invite. I hope you like the book. The second in the series comes out in September (Blood Poison).
I've read and enjoyed a bunch of your posts. I wish I could get it together to be more involved in blogging, etc.
Keep in touch!

Leigh Redhead said…
Hi Beth, thanks for inviting me and man, I know all about the bumps on the writing road!

Debbie Behrens said…
Hi, Beth, thanks for the invite. I didn't know about the Crossing Jordan thing...now I'm sad.