There was a time in my life when if you'd asked me what I most wanted to be, it would have been a ballerina. There was also a stretch where being able to sit down at a piano and play whatever music was required would have been both pleasing and useful. Nowadays, I most often wish I understood this stupid machine better.

I know, it isn't the machine that's stupid. That's the problem. It's amazing, it's capable, it's complicated, and I can only take the technology it offers to a certain…

MEET ME AT LOVE IS MURDER IN CHICAGO

UPDATE: I received so many wonderful entries for my 'Create a Corpse' contest that it was very difficult to pick one name for one corpse. So I decided to pick 3 winners--3 corpses!

(I guess that kind of makes me a serial killer...)

"Deirdre Dailey" is the corpse named by...who else but Deirdre Dailey! Yes, I did have a few brave people who…

I just submitted my new book to my publisher! I'm waiting to hear what they think.

Finding the right title is an interesting process. This book started out as a short story published in Ellery Queen Mystery Magazine in December 2006. That story was written under the title "Murder at the Ass End of Nowhere." Ass End of Nowhere is a phrase from my childhood -- used to describe my small hometown, or the even more remote, rural parts of the county.

But EQMM doesn't do ass,…

When I was a much younger writer, I used to think that what we did was sit at our desks, in our rooms, and make things up. Fueled by a lifetime as a voracious reader, I thought it was the coolest thing in the world that a writer could create an imaginary world and people it with imagined characters, and it would feel so real and compelling that I could get swept into that world and become lost in story. I never realized how much research a…

I've been waiting anxiously to hear what the Big Four of advance reviewers think of Death Will Get You Sober. Booklist weighed in first with a nice review. After summarizing the plot, the reviewer said, "This entertaining debut novel by a psychotherapist will give readers a view of the recovery process as they turn the pages to a good surprise ending." The person who sent it on to me grumbled a little over the scarcity of adjectives, wishing we could edit just a little: why… Continue

This week, Word Nerd's Q&A is with thriller writer Marcus Sakey. His new book hit shelves a week ago or so, and his first book, "The Blade Itself" has gotten lots of good press.

To learn more about the new book and Sakey, read the interview here.

I can't claim to be inspired by weather, but a blizzard does one thing for me as a writer. I can't leave the house, so I settle my mind and concentrate on writing. There's no rushing to the post office to mail out those fliers that advertise the new book. There's no visiting libraries to make sure every person in the place knows who I am and wants to recommend my book to patrons. There's not even meeting a fellow author for lunch and moaning about the state of the business for an hour or…

Newell, Emery, Knight and Rogers were next. They all murdered the women in their lives. What is it about us girls that seems to get under the skin?

This blog is all about self-motivation so I need to keep the entries short!

I've decided to blog my book progress by documenting the cases as I'm writing them :

1894 - James Canham Read - serial adulterer - married with 8 children, secretly living in second home with Beatrice and another child, carrying on with married Louisa (he was the father of both her children) and having an affair with her sister Florrie who was pregnant.

When I look at my ambitious plans for the year it hardly seems there could be enough time to do it all. However, I have learned that we can't trust our perceptions because time is all relative. For example, how long a minute is depends on what side of the bathroom door you're on.

I read the second Ed Loy Book The Colour of Blood a while ago and I confess I was hooked enough to buy the first book immediately. It's taken me a little while to get around to reading THE
WRONG KIND OF BLOOD, but it was worth the time. Follow the link below
to my comments on the first book, and if you haven't read either of
these, and kind of like a tough, hard as nails private detective and
can…

Gearing up for conference season ...

the first conference of year is looming on the horizon. Love is Murder is this weekend, and this year I'm a published author. Last year, I was soon-to-be-pubbed, but this year it'll be subtly different.

I'm curious to see what the experience is like now that I have a bit of knowledge under my belt. I know I should use it as a HUGE marketing opportunity and pimp my product like crazy, but I'm always leery about doing that (and so dislike others who do that). So this will give me a…

Mr. George Wilder Jr. has written a children's manuscript and he is sure that young children everywhere will find this book interesting. This is not another all animal can talk children's book. It's quite educational. Young children's minds are like sponges, they absorb everything. Young children are often curious about all the things around them. The audiences for this book are children between ages of five and six years old. The two page manuscript is called Matthew the Nosy.

Recognition by Peers is a Wonderful Thing

Every year Preditors and Editors has a poll of Reader's Choices for the previous year.

I just got word yesterday that my debut novel with Dark Eden Press, Halo in Her Pocket, made the Top Ten list! Settling in at #8, this is a huge honor as Halo released in Oct 2007. On the list with some really wonderful authors, I'm just pleased Halo was nominated at all, but to make the top ten... wow. I'm stunned!

Here are two hitmen from Deetroit I learned to love.

Fisher answered the first knock. Two men stood there as different as night and day. The one doing the rapping stood at least six foot one, and about two hundred and fifty pounds of hard fat. He held a permanent sneer and a cold stogie on his lips. He chewed at the layers of brown tobacco and looked… Continue

Well, I have a contract in the works for my state stories - it is a 50-story/5-year deal with about one new state a month coming out. As per the publisher's info, I will probably see my first story sometime in September or October and then hopefully one a month after that. See a write-up about the series on http://willowravenillustration.blogspot.com/, Aidana WillowRaven's blog, and let her know that she is doing a great…

My agent has successfully negotiated a great new paperback deal for three of my books. 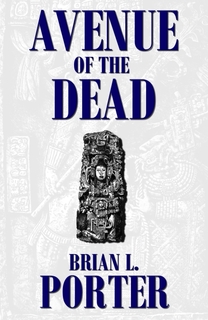 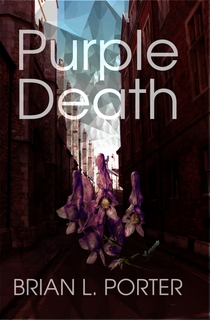 New novel 'Purple Death' will join previously published e-books 'The Nemesis Cell' and 'Avenue of the Dead' in being released as paperbacks later this year by new publisher Still Waves Publishing. These will all be published under traditional publishing contracts and not the self-publsihign…

A Face In The Crowd

I've been told that I don't give enough description of my characters. There're a couple of reasons for this. One, depending on the book's point of view, it's difficult to get that information out without resorting to the old, Tricia looked into the mirror, admiring her short-cropped, brown hair, her pert nose, and luscious lips. Too bad her blackened eyes ruined that pretty picture of herself.

Sometimes I really haven't got a…