The title of this post refers to the controversial non-fiction title If I Did It: Confessions of the Killer that was written in part by O.J. Simpson and credited to the Goldman Family.

Eric Kampmann, publisher of what many seem to be calling "the O.J. book", spoke recently at the…

Career :: Ah...something I spend a great deal of time thinking about.

Telephone :: Number. For some reason, I have a really good memory for telephone numbers -- or I used to before the day of speed dial. It used to be that I could hear a number once… Continue

Yelling "Impeachment" in an Empty Theater

Laying aside the idea that the impeachment of Bill Clinton was calculated to taint the process as capricious and politically motivated to set the stage for future Republican misdeeds, the people clamoring for impeachment have it backwards.
What the Democrats, and we as a nation, should be doing is pursuing the crimes of the Bush years: corruption, cronyism, political hatchet-jobs and abrogation of the constitution.
The president… Continue

And I'm sorry for those of you who thought this might be a good read but I'm afraid you'll be disappointed. You're just going to have to put up with a great read.

I'll admit I had a quibble or two but the 'Bones' is a great, entertaining fun ride.

Concerned with a Shakespearean, Kate Stanley, who finds herself in the middle of a search for a lost… Continue

ISLAND OF EXILES (just released) is my fifth published novel in the Akitada series.

My first publisher chose two novels out of order (I had four completed in 2001). 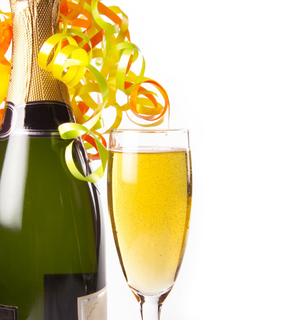 We got into the van on our short trip to the airfield, and Judy started handing out travel sickness tablets like a very maternal drug pusher ("the first one is on the house, lady"). I was popping those little suckers like smarties until… Continue

Coming out in Audiobook Format

The entire Roland Longville series will be out in Audiobook next year. That's three books so far, as well as the fourth, which I am still working on, as of this post. I had originally envisioned 12 volumes, but who knows? I am also currently working on a Sci-fi novel (which is also a mystery of sorts) and a psychological novel about...well, a man who thinks he is, in short, someone else. I tend to work on many projects at once, dabbling in music, web development, and programming as well. I…

African Psycho is the first English translation by Alain Mabanckou. Its a first person account of Gregoire Nakobomayo, would be killer, that takes as its inspiration Brett Easton Ellison’s novel American Psycho. Where as the protagonist from Ellison’s
novel is a success at his chosen vocation its interesting to note that
Nakobomayo is ultimately a failure. It’s this fundamental inability to
successfully commit any crime that makes him…
Continue

It's All My Mother's Fault

Really. I mean, the woman started reading me Edgar Allen Poe when I was still too short to reach the kitchen faucet and get my own drink of water. She would often appear in our bedroom doorway with a book and share a snippet of poetry or prose that had grabbed her imagination, and it was usually something spooky. She talked about words and the usage of words, why things were better said this way than that. And she put into my hands at about age thirteen the most unlikely of English teacher…

Thanks, and where is Leslie Glass? Linda Barnes? But for Jonanthan Kellerman, I wish I could tweak his books a bit

Thanks to all who have stopped by my review site. I've mixed in a few
other things with the crime lately, and will continue to do so, but I
could review crime for years without picking up another book, so there
is lots more to write.

I don't see any mention of Leslie Glass in the recent discussions (women writers, etc.). I happen to like her books quite a lot and think they are terrific police procedurals. They have a lot of suspense coupled with great character… Continue

Found this today. Never knew about ghost words. Every writer could have fun with these:

You'll get lost in the rest of the site, for sure.

Another Review of Bayou Justice....

Robin Caroll has written a suspense-filled thriller with a big splash of romance thrown in. CoCo is not an everyday heroine, yet the author shows the grace that CoCo has learned since becoming a Christian, especially in dealing with those difficult questions about why God lets bad things happen. The pages don’t stop turning as CoCo and Luc reconcile their relationship and work on solving the murder. The secondary characters are marvelous, from Grandmere to Tara, CoCo’s sister; Luc’s…

My husband has ringworm

My husband has ringworm.

Ok, not really, but that’s what he’s claiming.

My husband and I are very different. He’s a country boy and I’m a city
girl. His ideas of necessities include bullets, beef, and beans. My
list is more practical and includes haircuts, oil changes, and trips to
the bookstore.
My husband is a “we’ll make it work” kind of guy and I’m a “if I can’t
do it right the first time, what’s the point” kind…

Where Do You Go To Think?

I have two places conducive to thinking, and they are as different as can be. First, I think in the car, preferably on a long trip and preferably alone. The automatic process of driving seems to calm my conscious mind and let the deeper thoughts arrange themselves into viable plots and possible characters. I particularly like the drive across Michigan's Upper Peninsula, which is both beautiful and remote, allowing lots of time to work out plot knots. I carry a small recorder and talk to…

Want to come over and play?


It seemed like a good idea at the time.


Ever wanted to have a go at a themed short story?


Ever wanted to participate in a serial novel online?


Ever wondered what the hell she's talking about this time....

Last weekend I was at a Borders in Aurora, Colorado
signing books. One of my 14 sales was to a terrfiic, upbeat male reader
named Eli. He was a friendly customer -- completely open to the idea of
Antler Dust. Two days later, he sent me this e-mail message:

"I'm a few chapters in and so far love it. The prose is fresh and the
story moves along well; your style is great. There were a few parts
that seemed a bit too heavy on description but that's… Continue

I just received a box of MONEY SHOT advanced reading copies. Man are they pretty! I can’t get over seeing that Richard Prather blurb in actual print. (Is he really talking about me?!?) To be honest, it never seemed real until now.