In the frigid clime of Tumba, Sweden, a gruesome triple homicide attracts the interest of Detective Inspector Joona Linna, who demands to investigate the murders. The killer is still at large, and there’s only one surviving witness—the boy whose family was killed before his eyes. Whoever committed the crimes wanted this…

One of the reasons I'm not running into writer's block while writing novel number 2 is the subject matter. It's a crime thriller set in the oil boom of North Dakota. There's plenty of first-hand research to draw from, as well as scores of news articles.

Other than the oil itself (North Dakota is…

Pauline Rowson on the emotions involved in writing a crime novel

Each stage of writing a novel for me brings with it a range of different emotions. These range from excitement and frustration, to relief, doubt and fear, plus a whole lot in between.

I'm currently working on the tenth in the DI Andy Horton series and the theme is developing nicely.Eager to begin writing I don't wait until I have a complete outline. I don't even wait until I have conducted all my research and I certainly have no idea at this stage who the killer is and why. All I know…

The good, bad and ugly, I love reviews. Here's the early take on NIGHT BLIND, the first novel in the Blake Sanders thriller series, out in October, 2012.

“Sherer’s NIGHT BLIND is the type of story I crave—a deep mystery wrapped in an impossible to put down thriller. This is a novel that will keep you up late, and force you out of bed early to start reading again. Loved every page of it.”

—Brett Battles, author of SICK and the Jonathan Quinn…

Today I talk about the thinking that went into building the web site for the Creatures, Crimes & Creativity con on my blog, Another Writers Life - http://ascamacho.blogspot.com  . Check it out!

It had been a normal day at work. Monika was locking up, ready to head home, when the man arrived. She didn't even see his fist until it was far too late...

Bundled into a car, tied up and taken in darkness to an old mill in the thick of a forest, she has been flung into a bunker. It is only now, as time passes and she… Criminal Element reviews Angel With A Bullet today, saying: "If you have a taste for vintage crime fiction, screwball comedies, and the lighter side of noir, Angel With a Bullet might be right up your alley."…

Last night, I went to this month’s After the Carnival reading in Long Beach. It was the book launch for Michael Buckley’s new short story collection, Miniature Men, from World Parade Books. Tonight, I’ll be…

Another 5-star review! Alain in Ottawa posted this on Amazon about The Orion Assignment:

Robert B. Parker, the most marvelous, crime writer, ever

I know it’s a bit late (more than 2 years, in fact), but I’d like to say a few, brief words about one of my favorite authors, Robert B. Parker

I was originally introduced to Mr. Parker’s work by my mother.  An avid reader of crime fiction, my mother and I started exchanging books when I was a teenager.

The first Parker novel she introduced me to was “Playmates”, in 1989.  Yes, I was late for the bandwagon, but when it rolled down my street, I happily jumped on…

The Room. (I'm not sure where to go from here.)

What I am going to write here is a story with no dialogue, quite a challenge I know, however when the last full stop is dotted I will have hopefully achieved it or not. Whether anybody has done it before I have no idea, as yet I have not read it, perhaps I will be the first, so let the story commence.

The white room contained three things of importance. The room itself was basic; it had no windows and no sign of a door as such. One of the things…

Ben H. Winters. You might recognize this author's name - he penned the New York Times bestseller Sense and Sensibility and Sea Monsters. Winters' latest book The Last Policemanis just as imaginative and…

New issue of Kings River Life is up and it's filled with books!

First we have a review of Charlaine Harris' latest Sookie vampire book, "Deadlocked", an interview with Charlaine & a chance to win a signed copy of the book http://kingsriverlife.com/08/25/deadlocked-a-sookie-stackhouse-novel-by-charlaine-harris/ To audio book lovers, starting Saturday, Aug. 25th, for one week, many of my audio books are on sale in Audible.com for just $5.95(and even less for members). Here's your chance to hear some great works of fiction and nonfiction such as THE SEX SLAVE MURDERS, JUSTICE SERVED, DARK STREETS OF WHITECHAPEL, PERSUASIVE EVIDENCE, KILLER IN THE…

"For the Love of Crime Fiction" by Aaron Philip Clark

I was invited to Paul D. Brazill's blog where I chat about my love of crime fiction and other things. Read here.

Max Quinlan is an Australian ex-cop turned PI whose latest case is to find missing business Charles Avery. The trail leads to Phnom Penh, the capital of Cambodia. Along the way Max will team up with an Australian journalist and his Cambodian translator to track Avery through the underbelly…

Today I explain why it takes Intrigue Publishing a year to get a book published on my blog, Another Writer’s Life. http://ascamacho.blogspot.com 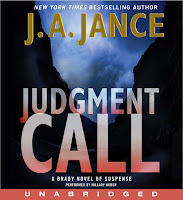 I've been following the trials and tribulations of Sheriff Joanna Brady of Cochise County, Arizona for many years. J.A. Jance released the first book in 1993 and the latest installment -…

Sharon Hopkins posted a very positive review of The Piranha Assignment on Amazon.com. While calling it a well plotted thriller she did an excellent job of summarizing the plot and explained a bit about the characters. Because she gave such a complete and upbeat write-up I’ve posted Sharon’s comment as the featured review on my web site. Check it out. http://www.ascamacho.com