Meet Me today... Virtual OR Live

I just wanted to let you know that I am the guest blogger this morning on the Working Stiffs blog which is the official blog of the Pennsylvania Sisters In Crime. Stop by and post a comment so they know I have some friends. :-)


And don't forget that I'm live and in person today at the Borders Express at Dulles Town Center. The folks there are always good to me, and the customers seem to like my novels so it's a visit I always look… Continue

Despite attempts by some current religious figures and politicians to redefine the Constitutional meaning of religious freedom in the narrow context of Christianity, everyone in this country has the right to practice whatever religion they choose -- or to practice no religion at all. Religious freedom also means, however, that anyone can claim to be a prophet no matter how ridiculous or insidious his or her beliefs.

If You Build It, Will They Come?

At LCC in Denver recently, I had the wonderful fortune of moderating a panel on the creative process titled “Where Ideas Come From.” Imagining the four delightful, witty, smart women on the panel (Donna Anderson, Jane Cleland, Alex Sokoloff and Penny Warner) might have an even greater affinity for the analogy than I, I suggested writing books, mysteries, is a little like being pregnant. The germ of an idea gets planted in a writer’s mind and gestates.

Within six weeks of the… Continue

Brain fails to engage when back hurts.

My efforts on a current short story project have been somewhat curtailed due to a blown out back. I can't find a comfortable place to sit and type and for some reason the brain fails to engage when I try to use the laptop in bed. It may have something to do with the la-la pills I'm taking.

I'm getting in about a half hour a day at the old typing monster before I have to call it quits, but I'm getting a few words out. Nothing like my normal output.

It does give me an… Continue

While a publisher probably won't…

Do Too Many Plots Spoil the Author?

People are often surprised when I say that I have lots of writing projects finished, some that I've never even tried to sell. I guess they assume that an author has one idea at a time, works it out, and then maybe sits down to figure out another. Of course lots of authors, even great ones, only had one or two. As Jimmy Durante used to say (but not about plots) I've got a million of 'em, in many stages of development at any given time.

There are lots of crazies like me in the mystery… Continue

MEET ME TOMORROW IN VIRGINIA

Tomorrow I return to what has almost become my home store: Borders Express at Dulles Town Center. The folks there are always good to me, and the customers seem to like my novels so it’s a visit I always look forward to. If you’re in that area, stop by and say hello Saturday between noon and 4 pm. The store is at 21100 Dulles Town Circle, Dulles VA. 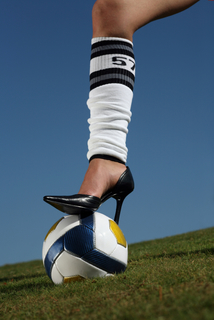 I'll be going to Book Expo of America at the LA Convention Center tomorrow and, having never been before, have no idea what to expect. But I will be blogging about it on my blog "Getting Medieval" www.jeriwesterson.typepad.com so come check it out. Incidentally, after I hit BEA on Saturday, I've been invited to the Magic Castle, also someplace I've never been. Should be interesting (especially changing clothes in the convention center bathroom--there is a strict dress code at the Castle). I'll… Continue

There are now just two days left in which to cast votes in The Authors Lounge Cover Art Design Awards for May 2008.

I feel privileged that 'A Study in Red - The Secret Journal of Jack the Ripper' was lucky enough to be nominated. The artwork for the book was created by the highly talented Deron Douglas at Double Dragon Publishing, Markham, Ontario, and, if anyone who hasn't voted yet would care to do so, I'd appreciate any frinedly votes that may come my way. Pllease visit… Continue

Elderly Relative is in a nursing home. Bought her one of those phones with pay-as-you-go minutes; she couldn't manipulate the tiny keypad. Bright idea: buy her a Jitterbug. Big numbers, lighted dial, voice activation.

Expensive? Well, a little, but she'd have a generous provision of minutes each month to make calls she needed to make, and we'd know she could reach us if she wanted anything. She was very, very happy.

My first novel...my first major book deal... to quote Mater from Walt Disney's Cars, "I'm happier than a tornado in a trailer park!"

Don't know dates yet, but I'll keep everyone up to speed on the developments. I'm so excited right now, I don't think I can sleep. :-)

On the blog Type M for Murder (http://typem4murder.blogspot.com) we're discussing How Much is Too Much? If you're interested in this topic, please join in.

Deciding on a murderer ... after the fact

I'm deep into my next WIP and I haven't figured out who the killer is yet. I'm on chapter 8 (I write in chapters) and am a consecutive writer meaning I start with chapter 1 and I'll end it at chapter 16 (I have the feeling this will be a 16-chapter book). I killed off somebody in chapter 2 (she was annoying anyway) but I'm not quite sure whodunnit.

I also killed somebody in chapter 6. It was too good an opportunity -- a writer's conference, an empty ballroom, so many murder weapons… Continue

While looking around for good summer reads for you to add to your personal library, it occurred to me that I have failed to recommend the historical mysteries of my good buddy Robert W. Walker. Rob’s rep as a horror writer has overshadowed his amazing mystery work but if you’ve missed his detective fiction you’ve shortchanged yourself.

It's a Readers' Market

I got a magazine yesterday from the Historical Novel Society, a wonderful organization. It lists the newly-released titles in the genre, and the list is amazing. Compiled by century, the list gives teasers about book after book concerned with history: people and places and events to capture the imagination, entertaining and teaching at once.

The sheer number of historical novels being released each month is daunting for an author, but what a treasure trove for readers! I find myself… Continue