Criminal homicide is divided by statute: murder in the first degree, murder in the second degree, and manslaughter.  The corpus delicti  (the objective proof that a crime has been committed) of homicide must include these three elements:  an evidentiary showing the death of a human being, showing of a criminal agency (perpetrator), and that the criminal agency was the…

Raising Money for a Joplin Family

A group of authors and readers at the Crime Fiction Collective are raising money for a family that lost their home, cars, and workplace in the recent tornado. We're donating all of our royalties through the end of the  month. So if you buy a book, you make a donation. Here's a link to our blog with details about the family.

On Monday 20 June I will be presenting prizes to the winners of the Crime & Intrigue Short Story Competition on the Isle of Wight, organised by the Wight Fair Writers' Circle.

-What made you decide to do this?

Well way back in 1997 I was a double in a movie called I know what you did last summer. The photographer of the movie approached me and asked if he could take a few photos of me. I realized then that I was photogenic. The photographer kept complimenting me and I figured if a professional like this was saying something good , then I knew I must be something. That's where it all began.

-How often do you work out?

These past few days have brought a couple of smashing reviews, one for Gone Bad and one for Convictions. My sincere thanks to all those wonderfully generous folks who have bought the books and/or taken the time to write reviews. I am extremely grateful.

Other than the chapter of The Snowman that is available on Jo Nesbø’s Facebook page, I haven’t read Jo Nesbø. That will soon change. Nesbø is a wonderful storyteller—quick on his feet and very funny—so if you get a chance to see him on this book tour for The Snowman, don’t miss him.
Instead of reading from The Snowman, Nesbø told the story of how the novel came about, which was through a scene he envisioned as he began to… Continue

Lynette Eason Killer Among Us

It is hard to say anything but good stuff about this novel. I am going to say this again, I have had the pleasure and the honor of saying it a few times this week; I enjoyed interviewing Lynette Eason on my blogtalk show, The G-ZONE,here is the link:

If you tune into the show, you will gain some…

Waiting for the Gun

My heart is ready to burst.

The lanes are naked, clean,

ready to be torn up by cleats

Hundreds of eyes blinking and

Chatter swarmed into a calm

storm underneath this dome.

Waiting is the hardest part.

Struggling to breathe as I We’ve all seen an episode of our favorite television crime drama during which the accused criminal becomes frustrated with his attorney and decides to represent himself in court.  Perhaps to add to the theatrics of the small screen, sometimes the villain reveals a surprising grasp of the law and courtroom procedures.  However, the reality is that choosing to act as…

It's not everyday I get invited to a publisher's party and when it happened to be my publisher, Severn House, how could I possibly refuse!

Drinks with my publisher followed  the announcement of the shortlist for the CWA Dagger Awards at Crimefest on Friday 20 May.

Had a fantastic time and while there with my… Continue

Oh man, I hope my writing is as good as this cover

Trestle Press green-lit this cover this morning. It's for the first standalone in the Maynard Soloman short story series (the crusty ol' bastard's first appearance being in "Who Whacked the Blogger?")

This one is called, "Maynard Soloman Solves The War on Drugs." It's a lofty claim, but the cantankerous codger wouldn't say it if it weren't sort of true.

S.R. Edvalson in The Author's Spotlight

Hey, bear with me on this; it is my first Author’s Spotlight. I am trying to add to the posting week with some interesting new content and I came up with this. I have read a digital short story by S.R. Edvalson called “Anne’s Unknown Guardian”.

Here is the Amazon Kindle link for it:  …

KILLER IN THE WOODS, My New Psychological Thriller, Now in Kindle and Nook 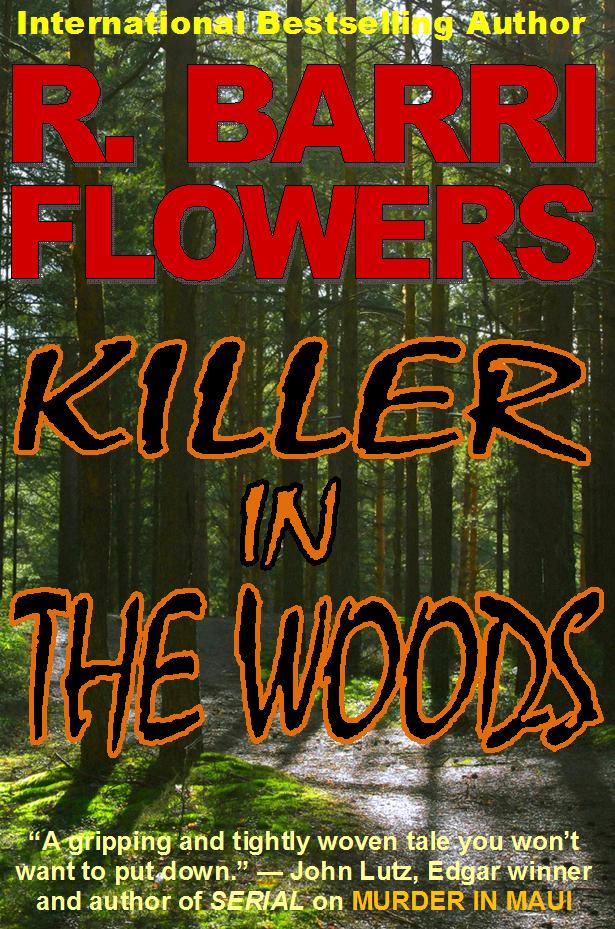 ﻿From the author of bestselling thrillers MURDER IN MAUI and STATE'S EVIDENCE comes the new psychological thriller, KILLER IN THE WOODS, now in Nook and Kindle. Killer dubbed "The Woods Strangler" targets beautiful women in an affluent community called The Woods. A neighborhood watch group is formed with… My academic background has helped me to explore and understand some of the complicated aspects of the criminal justice system when addressing crime, criminals, profiling, and crime scene investigation.  This is one of main reasons that I chose this field because of its diversity and challenges.  I find this field fascinating and thought-provoking on so many…

After my panel event and the day spent at Crimefest 2011 on Friday 20 May, Crimefest held a drinks reception in the Royal Marriott Hotel, Bristol (where the convention was held) for the CWA ( Crime Writers' Association) to announce the shortlist for the Daggers Awards. It was a lively…
Continue

Taking a Time Out to Look Back

Oh man, Crimespace, it's been moving so quick on my end. Ever since I signed up with Trestle Press, I've been keeping busy with writing, promoting, networking and everything else (not bad things at all). It's time to stop and assess the situation.

Careful, you might turn into a pillar of salt.

I find I've carved out four distinct styles of writing. My various writing projects fall into one of these categories, published and… While growing up, I loved to read mysteries with great detective characters that solved the most difficult murders – and still do.  It didn’t take me long to find some of the Sherlock Holmes novels after I read the Nancy Drew mystery series, and books by Agatha Christie and Ellery Queen just to name a few.  The adventures of Sherlock Holmes just seemed like the next…

Any fantasy freaks out there? Do you love any type of fantasy/paranormal type stuff? Do you get enough epics in your reading week? Can you groove on an alternate universe occupied by monks, magic, dragons and the like? If you have answered yes to any of the above then this novel is for you, download it now, it is just $2.99. If you are someone that just enjoys a well written novel, well don’t hesitate download it for the holiday weekend, great stuff awaits you here. One other…

Hey there and happy Monday to all. I wanted to start the week off with a bang and make some noise early in the week so I am going to post on not one but two of my collaborators. I have been fortunate to work with Vincent Zandri on “Down Low-Dead” ( available at Amazon, Barnes & Noble, Smashwords, Scribd.com)  and B.R. Stateham on “Hotel Beaumont” which will be released in a few weeks. The reason I bring that up is that I have the unique distinction of not only jazzing with these…