It's been a frustrating morning, with CS insisting my password was wrong and resisting all attempts to solve the problem. The same with Verizon, which is merging with AllTel and making my life complicated.

As Ellen D. would say...Anyway:

I'm reading Kate Morton's THE HOUSE AT RIVERTON, a sort of classy soap opera. I don't usually like authors who tease the reader continually, "I didn't suspect at that moment what I would soon encounter" can be used once or twice, but soon… Continue

The secret of getting your novel onto supermarket shelves

Most authors would love to see their books sold in supermarkets because that usually means increased sales. But there's not a lot of space for books in supermarkets and it costs the publisher vast amounts of money to get what shelf space there is, so only the top names (or potential top names) are carried and promoted. But now all is revealed on how to crack this particular nut and it comes straight from the mouth of the key book buyer in one of the major supermarkets in the UK -… Continue

CH. 3 BACK TO TOPEKA
The killer of The Unholy Priest returned home, he lived in Topeka, Kansas, he checked in at work. Captain Russell Brock saw Larry arrive. Larry was hard to miss. He was six foot five, lanky build, good looking, and had silvery brown hair that gave him a look of a distinguished judge or successful business CEO. Captain Brock made a snide remark, “there’s that lazy detective whose case load is off the charts.”
“No problem, I’m gonna retire soon.”
“I remember in… Continue

In Bethlehem, the Third Intifada approaches

BETHLEHEM, West Bank — A writer seeks the surprise of a “man bites dog” story. The most violent times of the Second Intifada, which took place under the leaden winter skies of early 2002, gave me mine. I wrote about Arabs in… Continue 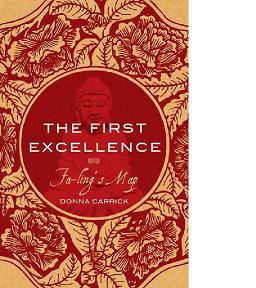 Saturday, when everyone is getting their holiday shopping started, I’ll be at the Borders Express in Wheaton. I’ll sign books for those who want to give a truly personal gift from 1 pm to 5 pm, at 11160 Viers Mill Rd, Wheaton, MD

Leaping, Solving, and the Hunch

One problem I face as a mystery writer (and reader) is how smart the protagonist gets to be. Even when I was a kid I knew that Sherlock Holmes was often way off in his self-proclaimed "logical deductions". Saying that a man's wife no longer loves him because his coat has a loose button is beyond ridiculous, and such Holmes moments have been spoofed many times by comedians better at it than I.

But here's the thing with mysteries: writers have to make leaps sometimes to make the story… Continue

Check out the lengths I will go to in helping get books into reader's hands.
Pass it on. Reposting in encouraged. 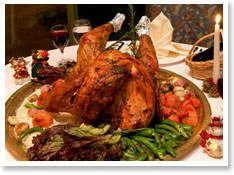 Scene of the Crime

I went back to the spot where I killed my first man yesterday. I killed him four years ago. I return every few months. Each time I arrive, it’s so peaceful I can’t believe anyone really died. But, even though I’m a writer of crime fiction, someone really did.

I walked across a dirt lot, puddled with the afternoon rain, past the empty reservoir at the head of the valley. Below me the village of Irtas drifted down toward the convent where they hold the annual lettuce festival. The… Continue

I signed today with Shadow Line Press, a publisher out of North Carolina. This is, how-you-say, "it." I started this journey in 2006, when I first started writing "Cleansing Eden." More than three years later, "it" arrived.

And "it" feels good.

So it's a very happy Thanksgiving.

I look forward to joining an author roster that includes CrimeSpace members B.R. Stateham and Dan Coleman (if there are any… Continue

Apparently the police have come up with a clever ploy to gain entrance to your home when they have no reason in the world to do so. Their motive may be that they think they have reason to believe something illicit is going on, or again, it could simply be idle curiosity.
It works like this: Two uniformed officers appear at your door and say they had a 911 call from your address. You of course, explain that you did not make any 911 calls. They ask if your phone number is such-and-such and… Continue

Yesterday I made a crown: four feet at the base, four-and-a-half feet wide at the top, bejeweled, golden, and undeniably tacky. It will definitely be the spectable it's intended to be at the Christmas festivities.

What I always find, no matter what the purpose, is that creating something tangible is relaxing for me. Not that I'm any sort of artist; don't ever think that. I need lots of help to transmit the idea in my head to reality. But I'll work for hours, even days, on such… Continue

Where BBC radio producers get their ideas

I was invited to appear on a BBC World Service programme last weekend. If you’ve ever wondered how radio producers feed their on-air people interesting information about their guests (thus enabling them to create a breezy “chemistry” and to relate the day’s news stories to the knowledge or experience of the guest), here’s the questionnaire sent to me for The World Today by Affan Chowdhry, along with my responses. If you try to imagine what your answers would be to some of the questions, I think… Continue

Writers know what it is, and readers do, too: Too Dumb To Live. It's that moment in a book where a character does something so out of logical bounds that we're thrown out of the story while we scream (silently, one hopes) "No sane person would go into that basement/warehouse/alley/crypt, etc. In the book I'm reading, it is the hull of a ship that's aground in the Arctic Circle. The two men (Double TDTL) rappel into the hold in their street clothes, knowing that a) the ship is sliding off the… Continue

I like to share feedback I get on my novels. Today I want to introduce you to Caroline Quinn.

I met Caroline at a book signing at Atlantic Books in Rehoboth Beach, DE back in August. She got a signed copy of Russian Roulette and when she wrote to me not long ago she said she enjoyed it. Having worked in Russian and in Washington she had a good feel for the book. She also asked who would play Hannibal on screen. Well I hope Shemar Moore (Morgan on Criminal Minds) is listening, because… Continue