Meet Me on Dreamwalker

If you’d like to find me and other authors elsewhere on the web, or if you’re a writer looking to expand your internet presence, here’s an idea.

Dreamwalker Group is a complex of web sites where you can find creative books, cool supplies, inspirational things, information, and more. Artists, writers, and others have been invited to post their details for a web page. At Dreamwalker you can visit and explore over… Continue

Well, I finished and submitted Medusa. It's the fourth installment in the Roland Longville series. Still, though, I am relegated to the underworld of the electronic book. My first two books are due out in audio editions, meanwhile, but a year has passed and still I wait. I am therefore, working on a side project, which has nothing to do with my present detective series, as well as the fifth installment of the Roland Longville series. Does anybody out there have any suggestions as to an… Continue

I’m late to the party, as usual, but I can’t resist getting in on the City of Chicago’s program that encouraged all Chicagoans to read Raymond Chandler’s The Long Goodbye as part of a city-wide discussion. The Outfit has covered this in detail, and better than I’m likely to do here, but that never stopped me before.

It had been several years since I read The Long Goodbye, though I have always thought it was the most beautifully written of Chandler’s works, and I read Chandler for the… Continue

A Time To Dance And A Time to Mourn

Last Wednesday night, my sister Amy and I were among the many die hard Bruce Springsteen fans who came out for his Orando concert after he'd cancelled the originally scheduled one for Saturday, April 19th.

For us, going to the concert started out as a fun thing to do, and somehow became a quest--a way to reconnect with our lost youth since we went to see The Boss back in the 1980s when we were a whole lot younger than we are now. It was a way to honor Amy's late husband Ron, also a… Continue 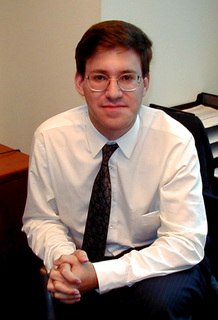 In this week's show, Charles talks about his two novels (Little Girl Lost and Songs of Innocence, why Las Vegas can be a cool place to write, and why "Schizophrenia Can Be Fun"… Continue

Please join us today on The Graveyard Shift as literary agent Lucienne Diver tells us how to create buzz for our books.

There’s nothing like a crime fiction convention to remind us that there is evil in the world, and that there are heroes to combat it. Some of the real life heroes at the Malice Domestic mystery con bought mementos at charity auctions for far more than their monetary value. Why? Because children who have faced evil often have emotional disabilities, and the John L. Gildner Regional Institute for Children and Adolescents takes care of them. Because we can make a difference with more than twelve… Continue

I'm Not Asking for Your Pity...

I came home from a week away to find that I had no Internet. Now I can quote HD Thoreau, "Simplify, simplify, simplify," and I know it's pathetic to be so connected to being connected that one freaks when unable to surf. But you don't know what it's like until you face that little balloon that says, "...limited or no connectivity" for three days straight.

I had bills to pay, blogs to write, contacts to make, and sites to research. It seems that every time I thought of something I… Continue

Malice after the Fact

The Malice Domestic conference is always a great time. I see a lot of old friends on panels and in the hospitality room. It’s great to see who wins an Agatha Award. It fun to attend a high tea, renew acquaintances with whom I share a publisher and an agent, and meet fans from as far away as Canada. It’s fun to see who is most creative in the hat contest. That was Elizabeth Zelvin in her charming chapeau. It’s actually a chap-Poe with a bobble head of Edgar Allen lashed to the… Continue

Sandra tagged me last week with the page 123 meme and in typical fashion I drag assed it. But better late then never.


I'm currently reading a novella, The Brotherhood of Mutilation, that only has 99 pages. Soooo I'll take the liberty of dropping the "1" and do everything from page 23.


"Kline could see he was missing an eye, one closed lid seemed flat and deflated. He was wearing… Continue

Extensive research has found that people rarely are capable of total and perfect recall of events. In high stress situations, such as officer-involved shootings, memory and recall become even more tenuous.

American author Barbara Watkins is the latest reader of the book to provide a customer review, the following being the gist of the review which she has submitted to retailer Barnes & Noble for inclusion on their website. She was kind enough to send me a copy of her review in advance of it being published, and this is it:

A Review by US Author, Barbara Watkins

I started reading this afternoon and finished in just a few hours. It was AWESOME! I can't tell you how… Continue

I started a thread about this a while back, but I thought I would babble about it here.

Goddamn, what a TV show! See, this is what I love about England. They did two series (16 episodes total), ending it before the story ran out of steam. You know when the American version hits the airwaves, they're gonna milk it for as long as possible, dragging it out like a Stephen King storyline.

Author Competitions: Are they worth it?

I've run several competitions over the past year or so offering free copies of my books both in e-format and as paperbacks, but I'm beginning to wonder if it's worth the time and effort.

In all that time, I think I've only had one 'thank you' from a winner. Now, don't get me wrong -- I don't expect anyone to be eternally grateful, but it would be nice to know… Continue