Horton, We Are Here

Two days' driving, but it was beautiful all the way. Traffic was okay and the Garmin did the rest. (I love that thing!) So here I am at the Marriott, wishing I could live like this for at least a month. Lots of people who love to talk about books, lots of fancy food and attentive hotel staff (if you tip well), and the chance to see old friends, make new friends, and see my heroes of the writing world.

Meet Me This Weekend at Malice Domestic!

I'll spend next weekend surrounded by mystery fans at Malice Domestic. Since 1989, Malice Domestic has been an annual fan convention near Washington, D.C., saluting the traditional mystery—books best typified by the works of Agatha Christie.…

Scandinavia is a major center of so-called Cyberpunks who have willfully misinterpreted an old hacker adage that “information wants to be free” to mean “go ahead and steal things from which someone else expects to earn his livelihood.” Such Cyber… Continue

Today Lisa M. Campbell, one of my favorite guest bloggers, offers some well-thought-out advice on branding. If you're a genre writer, you should pay attention - http://ascamacho.blogspot.com/

Day Two of Preparing for Malice: Now it's time to be sure I have all the non-clothing stuff covered.

I have packed bookmarks and books, business cards and copies of relevant documents. I have my passport (I know where D.C. is, but we may return through Canada, so there.) I have two suitcases: an on-the-road dufflebag and my official Malicewear suitcase. So what's left to do?

I need to make sure that my laptop has everything on it that I might need while I'm gone. I tend to…

I like to share comments I receive about my work. Today I want to introduce Linda Halliburton.

I met Linda at the Virginia Festival of the Book in Charlottesville, VA where she picked up a copy of The Troubleshooter. She read it the next day on her flight home and was kind enough to send me some feedback. I've posted some of her comments on my website as this week's featured review. Read Linda Halliburton's review of The Troubleshooter - then order your own copy. -…

Newest story up on Darkestbeforedawn

A new Turner/Frank short story is up on darkestbeforedawn. Its called 'Boy Scout and the Beast.' A kinda locked-room puzzle. If you're twiddling your thumbs and looking for something to do, go check it out. You might like it . . . . or not. I dunno.

A Great Review of my vampire tale 'Kiss of Life'

Kiss of Life my latest release from Mythica Publishing has just received it's first review, from Martha Cheves, of 'A Book and A Dish' fame. I'm delighted that Martha enjoyed the book so much and here is her wonderful review of the work:…

Hi folks, my book "A Day For A Day" has just been released at the Kindle store on Amazon.
Click here- http://www.amazon.com/gp/product/B003IWYDYQ/ref=cm_cd_asin_lnk

A small Pennsylvania town is terrorized by
kidnappings and murders. When Maggie Taylor's six year old Sarah is
missing from their local park, Maggie goes on TV begging for her return.
Maggie discovers evidence about her neighbor… Continue

It's been done before, and I know why. Bloggers need topics, and a trip is an easy one. So for the next week or so, I'll tell you about my preparation, travel, and experiences relating to Malice Domestic in Washington, D.C.

Today is Planning What to Drag Along Day: clothes, books, and assorted miscellaneous items.

We'll begin with clothes. Here is my process. I think about the things I will be doing on the trip, and carefully lay out an outfit for…

Communication is both my business and my hobby, but I sometimes wonder at the nonverbal communications we make. For instance, why do people point to their wrist when asking for the time, but don't point to their butt when they ask where the bathroom is? 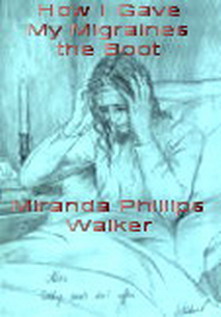 I have a mystery story I'm developing. Got a nice twisty plot, some quirky characters, some nice twists, and potential for the sort of snarky satire I get noticed for. It looks like it can be a really fun project.

But there's a catch.

I hate the title I came up with. It takes place in and around a comic book convention, and all I could come up with was "Mint Condition Corpse." It just seems to on the money, and a little too cheeky, but it's the only part of this project that's… Continue

I had a great time Saturday visiting with old pals and meeting new authors at the Maryland Writers' Association Writers' Conference. There were a number of excellent sessions but one of the highpoints for me was the wonderful keynote address delivered by award-winning novelist Roxana Robinson. She was both encouraging and inspirational.…


FOUL SHOT by Dan L. Coleman This book is a great who done it murder mystery about a basket ball star, her coach, her lover, and the reporter who covered it all.
I really like this book form beginning to end. The sarcastic Privet investigator was very likable and believable. It is well worth the read it flows well and keeps you guessing. I think that there might be a few minor details that could be ironed out but they fit so well with the story that you hardly even know that they are… Continue

Interesting article on the synergy between crime fiction and comic books: http://www.salon.com/books/feature/2010/04/22/graphic_crime_fiction/index.html?source=newsletter Stephen Farrell was sipping coffee in the office of his money changer on Salah ud-Din Street, East Jerusalem’s main commercial strip, four years ago, when Beverley Milton-Edwards entered. From his rucksack, Farrell produced a copy of a book about Islamic militants written by the Queens University Belfast professor.
“Your book saved my life when I was kidnapped in Iraq,” he said, referring to a brief period of captivity by militants in Baghdad in 2004…
Continue